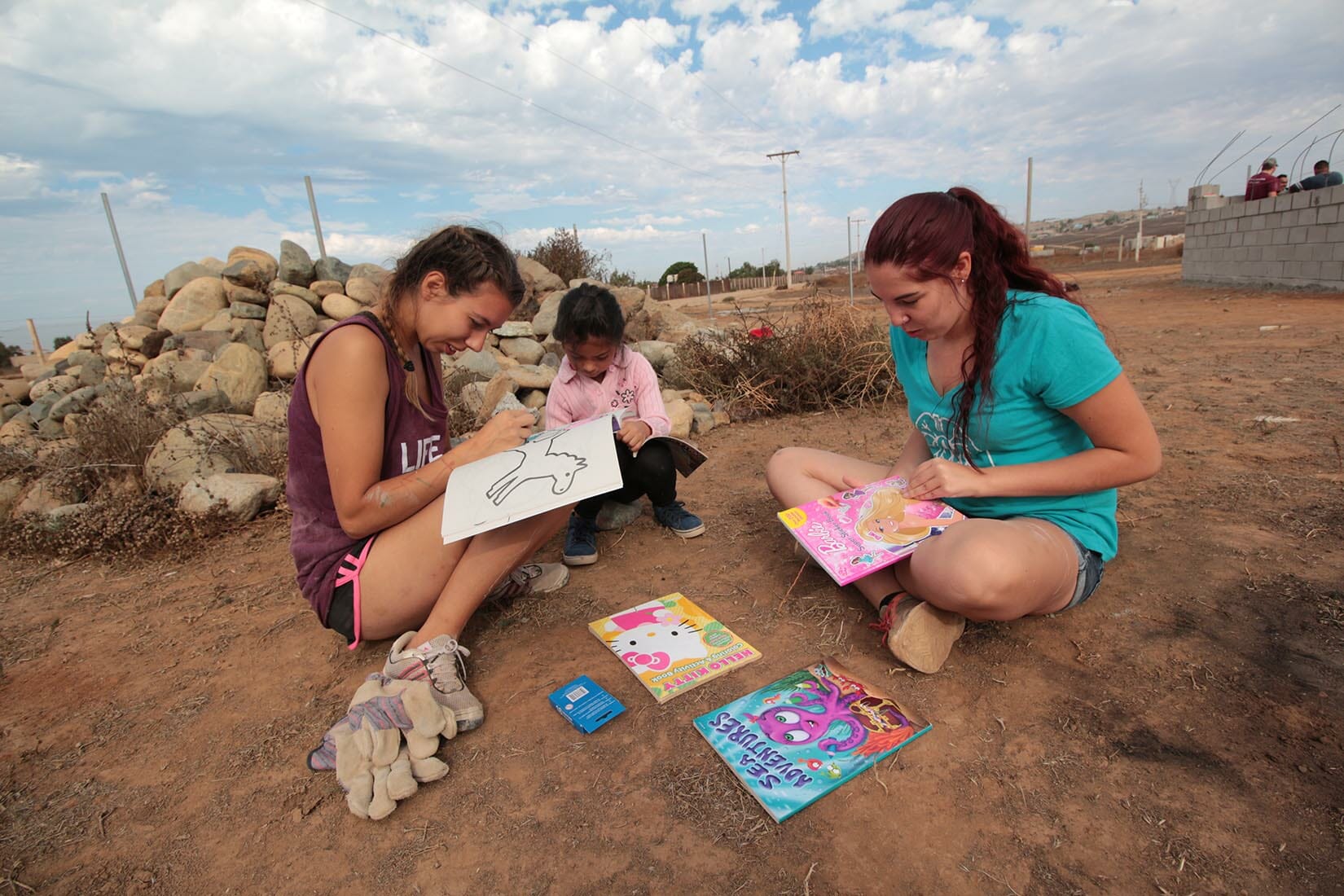 This week began with meeting our host families. I think it’s safe to say that we were all a little bit nervous and a little bit excited at the same time. The nervousness stemmed from the thought of engaging with strangers for an entire evening once a week, and only speaking Spanish. The excitement came from a place of curiosity and passion. What would it be like to cook dinners with our family and learn their traditions? How would we get to know each family member through our limited Spanish and their limited English? Would we feel out of place or right at home?

I arrived at my host family’s house with all of these questions still on my mind. We pulled up to the house and as my partner, Claire, and I stumbled out of the Live Different van we were greeted by five smiling faces all running to give us welcoming hugs. Irma, the oldest of the five children, is twelve. Flor and Anna Jessica look like twins but they are nine and seven years old. Damien is four and, like most four year-olds, is full of non-stop energy. Mikey is the youngest and is only two. At first he is shy but eventually is just as energetic as his brother. Before visiting our host home we were told that the children’s mother had began a new job and would not be able to join us on Monday evenings. She works most of the week and while she is away Irma takes care of her younger sisters and brothers. Although this was not the “traditional” family we were expecting, the reality is that this is a very normal family in Mexico. It happens often that the parent/s must work and the kids wait at home.

The van pulled away after dropping us off, and we were on our own. The kids pulled us inside and Irma began by giving us a tour of their house. They have a kitchen/dining room with a propane stove and a small wood table, two small rooms with bunk beds (one for the girls and one for the boys), and their mother’s room. We sat down at the table and the girls all pulled out their English books to show us what they were learning in school. They were so excited to practice their English with native English speakers and we were astonished by how much they knew. Mikey was hiding behind them throughout this time and every time we spoke to him he would shrink a little further behind his sister’s back. Eventually, we coaxed him out and before we knew it he was running around the house screaming in delight and grabbing hold of our hands to come play. We did not cook supper with our family that night. Instead, their mom had prepared pasta for everyone before leaving for work. We discovered this when Damien climbed up on a chair, scooped out some noodles into a bowl, and declared them ready for us to eat. He served Claire and I, along with all of his siblings and sat down last to eat.

One of the biggest impacts I took away from this first evening was the lack of electricity in their home. I had never realized how much I took light for granted until I was attempting to do small tasks in the dark. Simple chores like washing the dishes became more difficult as we stood outside in the cold, unable to see. Irma lit a candle inside and this was the kids’ only source of light to do their homework, read their books, and colour. It was an instinct for me to turn on my phone’s flashlight as soon as these tasks became even remotely hard. I held up the light as we finished the dishes, shone it on the story books I was reading aloud, and propped it up in front of my supper so I could see while I was eating. In my mind light is something I consider a necessity and I didn’t think twice about using my flashlight. However, I realized that the kids don’t have any devices with flashlights and navigating in the dim light of the candle is just a normality in their life.

Conversation filled the night. Not necessarily words of the same language but facial expressions, gestures, and games. In a way, this form of communication was far more effective than words could ever be. I was able to practice my Spanish by telling Irma about myself and my family. Claire and I are still laughing at the surprise on Irma’s face when I accidentally told her I am twenty-eight years old instead of eighteen. Claire coloured with the younger ones as Irma and I pulled out two cups and sang the Spanish and English version of the cup song. My worries of feeling out of place vanished as we bonded with these kids.

I am excited for the many weeks to come in which we will be able to hang out more with our host family and continue to develop this amazing bond.
Aeriel – Current 2016 Academy Student