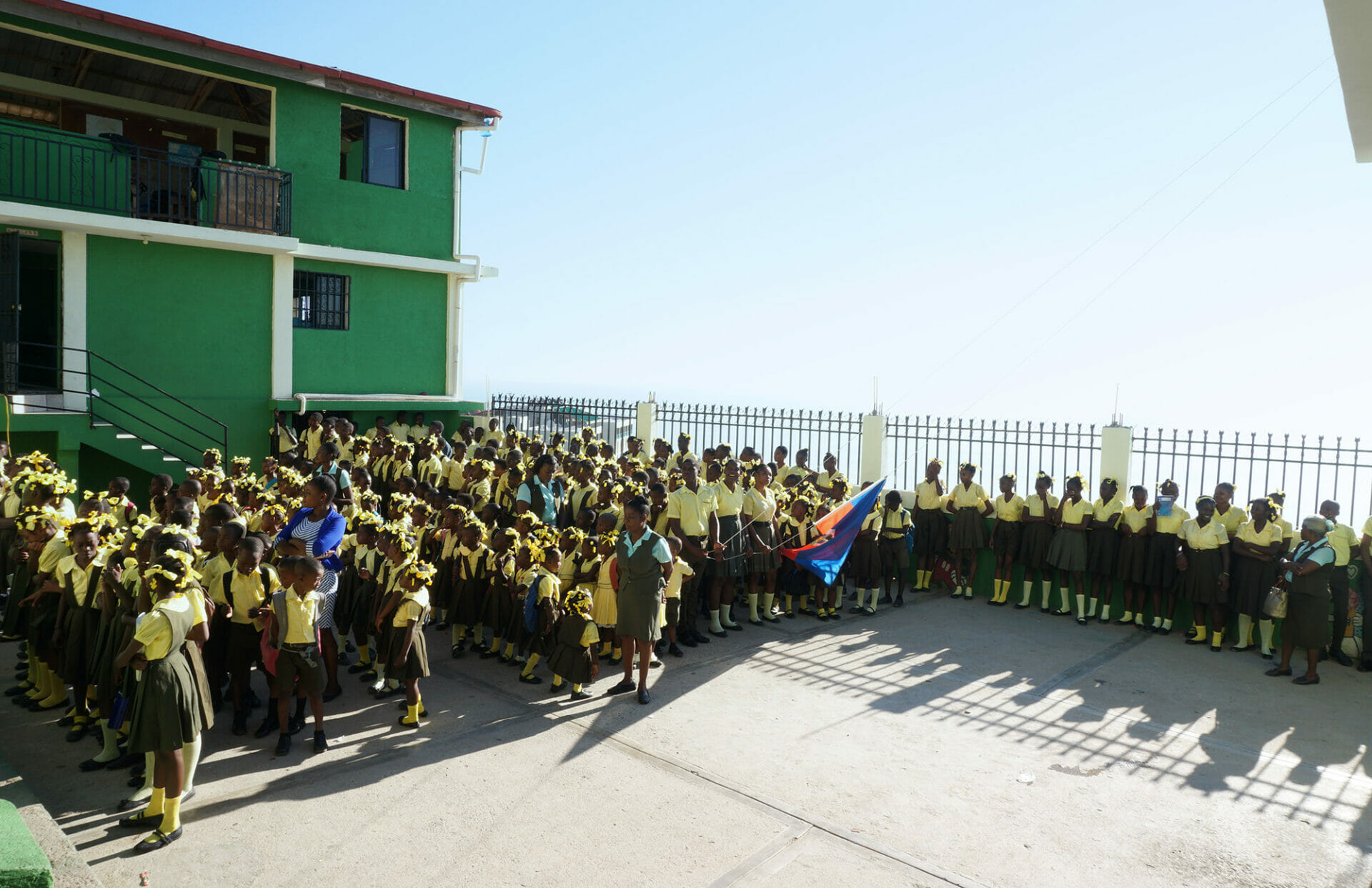 Sending students back to school

The levels of violence and unrest in Haiti over the past few months have reached critical heights, and we have been working diligently with parents, teachers and community members to safely re-open École L’Union.

While the majority of unrest in Haiti is in the South near the capital city of Port-au-Prince, there were looming concerns of protest activities growing in the North as well. But one of the main impacts on École L’Union was that fuel was completely unavailable, which greatly affected operations.

After much deliberation, we’re pleased to say that as of Monday, Dec. 5, students have returned to school. But the situation in Haiti continues to be unsettling.

The safety of our students and staff is always our top priority, and we will continue to monitor the situation as things progress. Right now, we are preparing students as best we can with a modified lesson plan to ensure they are able to effectively complete their academic year and receive the quality education they so rightly deserve.

“Haitian students are being denied their basic right to education due to political and economic unrest. Studies show that when children are not in school, the level of hunger and violence within the families rise. When they are in school, they at least have a daily hot meal and people to care for them, so we’re happy to have students back in class.”

A closer look at the situation in Haiti

We were hoping to return to École L’Union at the beginning of the term in September 2022, but during this time, two things happened: The Minister of Education postponed schools opening until Oct. 3, and the acting Prime Minister, Ariel Henry, announced that the Haitian government would be ending fuel subsidies, causing the price of fuel to increase by three times its normal amount. This led to protests, riots and blocked roads.

In this crisis atmosphere, parents and families did not feel safe sending their children to school, with dozens of gangs increasing and rising acts of violence throughout the country. Because of this, the reopening date for school would be pushed back even further.

While some of Haiti’s wealthiest families were able to switch to online learning, this was not possible in vulnerable communities that simply do not have the resources, such as Calvaire. As a result, our team has had many meetings with parents and teachers over the past few months to consider several reopening plans that would give our students safe access to education.

Many of our staff and students at École L’Union were able to return full-time in December. Rest assured that we will continue to act in their best interests. We are confident that we are operating by the safest means possible and that we will be able to recover from the time lost during the academic year.

We will continue to follow the situation in Haiti via news outlets, but most importantly, via our staff team on the ground in Haiti.

LiveDifferent volunteers have helped give families a fresh start over the years, and these families have spoken about how having a new home has resulted in them being less stressed and more physically healthy. Many also shared how they were able to put rent money towards their children’s education as a result.

While it’s been amazing to hear of the positive impact that having a home has had on their lives, it was also clear that many of them were still struggling — and those with children seemed to be hit the hardest.

Without any safety nets or paid sick days, households like the Pancho family could do little as they watched their earnings drop significantly while facing increased financial hardship during the COVID-19 pandemic.

Pancho, who has diabetes, was temporarily laid off to protect his health and received only half of his usual income from his employer. However, their weekly food budget increased because his four children that had been receiving a free hot lunch program at school were now at home doing remote learning. Pancho also needed to increase the size of his phone package to include more data so that his children could receive and send their homework assignments.

Through the Emergency Relief and Community Development Fund, LiveDifferent was able to ease the burden by providing much-needed food packages to them — and over 100 other families in Mexico!

What can you do to help?

LoveLegacy is a passionate community of monthly partners helping to provide children in Haiti with the schooling, nutrition, and environment they need to chase their dreams.

We’d like to thank those who are already a part of the LoveLegacy network for their dedication to helping children leave poverty behind. If you’re interested in doing the same, we invite you to join us as a LoveLegacy partner.